When someone contacts me from a far away place and says they would like me to capture their day, it blows my mind. And then things go and get even better when those people just happen to be brilliant, kind, unique and plain fun. Oh, I forgot to mention very much in love as well. Off we went to the beautiful little town of Bright in the Victorian alps for what was going to be an epic wedding. Tom and Em did not disappoint! They really did put on a wedding that was a complete extension of themselves in every way. I can’t overstate it enough… This wedding was out-of-control-awesome. I mean come on! Who has an original beer brewed especially for their wedding? What bride gets to wear a wedding dress that’s 60 years old, worn by both her Mother and Grandmother? Who plays a Regurgitator song in the ceremony of their wedding? Tom and Em do, that’s who! I loved being there so much and as a bonus, I got to meet two more amazing people and end the 2013 wedding season off on a massive high. I won’t prattle on because as a special treat, they are going to help me tell their amazing wedding story. Here we go…

EM: Well it’s a giant cliche, but our wedding day was the best day of our lives. It was also the most fun. We got to marry our best mate, surrounded by all of our awesome mates and family. It was a bit of a surprise when Tom proposed after 9 years together in January 2013. We decided pretty soon that we wanted to get hitched the same year. We wanted our wedding to be a reflection of our relationship and the things we love. It made sense to do it in one of our favourite places in Bright and have a brewery reception. We wanted lots of colour and laughter. We found the Wandiligong Hall as a ceremony location and we were set.

This wedding is featured in Hello May. You can see it here.

EM: I am lucky to have some very special girls in my life and I had such a wonderful and memorable time with my bridesmates in the morning. We had a lot of laughs together. It was the perfect start to the day. Along with my Mum, they helped me do up the zillion buttons on my dress which was also my grandma’s wedding dress and my mum’s too.

TOM: My day started early with the inflation of the numerous oversized novelty balloons we had to set up for the ceremony. Surprisingly this all went well without a hitch and really added the colour and personality of the ceremony that we were going for. The rest of my morning was spent with the groomsman preparing for the day, which for us pretty much just required a change of clothes. Considering 3 out of the 5 groomsmen had only arrived in the country the day before, the next few hours was spent shooting the shit and catching up. The remainder of the morning was spent between getting changed, scotch and laughing at my groomsmen Dylan’s clown-esque style pants and the related story behind the purchase. We ribbed him as only best mates can and accordingly rewrote the best man’s speech to include the story.

TOM: After the relaxed morning it was time to head on over to the girls and see my (then) future wife for the first time in her wedding dress. Her grandmothers wedding dress was kept a secret from me even though the dress kept in a shopping bag in our wardrobe for the previous 6 months. Em looked stunning, more stunning than I could ever have imagined and her smile was a large as a have ever seen it! EM: Because we were going to have some pics before the ceremony, Luke organised for Tom and I to have a first-look. As I walked towards the bush path where he was waiting, I felt like I was going to burst with excitement. I walked slowly but I really felt like running! It was an incredible feeling to walk up behind him waiting for him to turn around. I was holding my breath. And when he turned around – wow! I was nearly blown away with how emotional it was to see his face and to hold him. It was magic. And he looked so dapper!

TOM: The wedding party then travelled to a spot on the side of the Great Alpine Road where the group shots were done. Majority of this time was spent eating lunch, catching up, telling stories and having a few beers. I was almost tempted to delay the ceremony a little, I was having that much fun.

TOM: No sooner had we departed from our spot on the side of the road, than I was up the front on the Wandi Hall eagerly awaiting Em to walk down the aisle. Considering the rapidly rising temperature in the hall due to the crowd, perhaps a velvet jacket was not the best option. Nevertheless the ceremony was magic as were the personal vows that Em and I shared. I will remember the goodwill and love poured upon us that day for the rest of my life. EM: The ceremony was everything we could wish for. It was personal, fun and meaningful. We had kept our vows a secret from each other. Tom’s beautiful words were a gift I will have for the rest of my life. I feel so lucky to have been given something so precious. I felt giddy hearing them and seeing on his face how much they meant to him. And I was so excited to read him mine.

EM: Our pooches are also a big part of our lives and we knew that we needed them with us for our special day. Pete the groomsman played the part of dog-wrangler, holding them during the ceremony. Pickle looked uncharacteristically pretty in a tutu my mum made and Squid rocked a bow tie and collar.

EM: The feeling when my dad and I were bopping away to Buddy Holly waiting to walk down the aisle was the most delicious anticipation I have ever felt. I could not wait to see Tom again. When we entered the hall I could actually feel all of the smiles from everyone there. There was so much love! I felt as if I couldn’t possibly be happier.

TOM: After mingling with everyone for what seemed an eternity, Em and I were able to rush off to get some private photos done with Luke and Megan. I’m not sure if it was the location (A beautiful hillside by a logging track), or the significance of what had just happened, but the photo shoot allowed Em and I time to relax and soak it all it. We reflected on the last year or so of planning that was culminating in our wedding day, how everything was going to plan, and in most case far exceeding our expectations. Our excitement for the reception was building, as was our thirst.

TOM: After a quick wardrobe change, we arrived at the Bright Brewery to rapturous applause for the wedding reception. After a few drinks to calm the nerves (including our specially made dark IPA brew) the festivities was underway. The amount of detail on the rundown for the reception was kept intentionally limited to allow a more fluid and organic party. This had the desired effect with the serving of food, the speeches and dancing all flowing together smoothly and resulting in the best party that I have ever been to. I must mention the outstanding beer, wine and food that were served by the brewery. Our wedding was the Bright Brewery’s first wedding and I cannot recommend the venue highly enough. The food was unbelievable and we could not have imagined a better menu. All of the guests are still telling us how much they enjoyed every morsel of food they were served. As for the beer and wine, there was definitely a reason Em and I got married in a brewery, and the brewery delivered in spades! EM: We have a shared love of good beer so we were very excited when the Bright Brewery said they were happy to host our wedding reception which would be their first ever. They offered to make a special brew of a dark IPA especially for the wedding which was the cherry on top. Mill Cudmore from the brewery who coordinated the amazing menu also organised our extremely popular cheese wedding cake and was happy to put up all of our DIY’d decorations.

EM: Compared to what I had anticipated, everything about our wedding was amplified. It was more fun, brighter, happier and even more special than I imagined. We couldn’t have had a better day if it had rained beer. It was a perfect celebration of the love we have for each other. 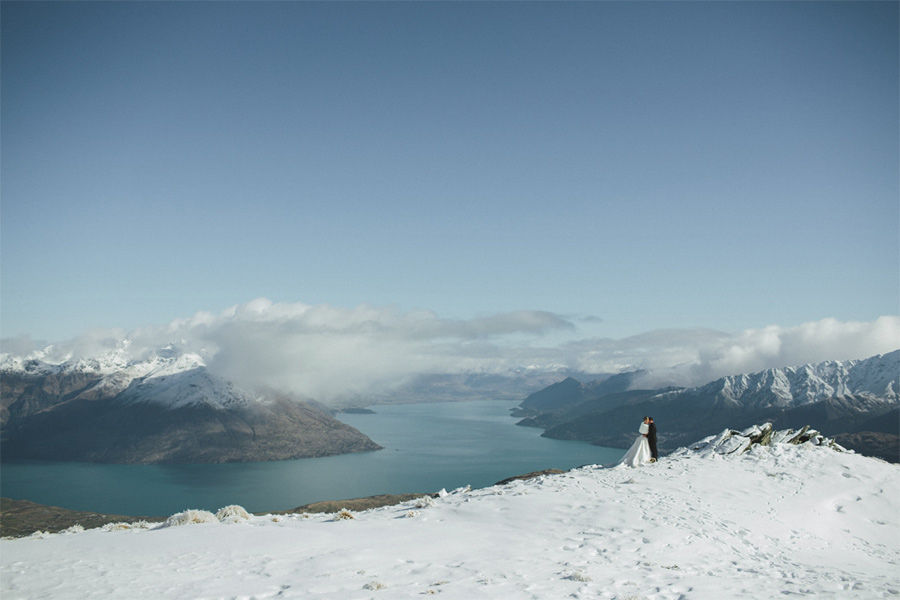 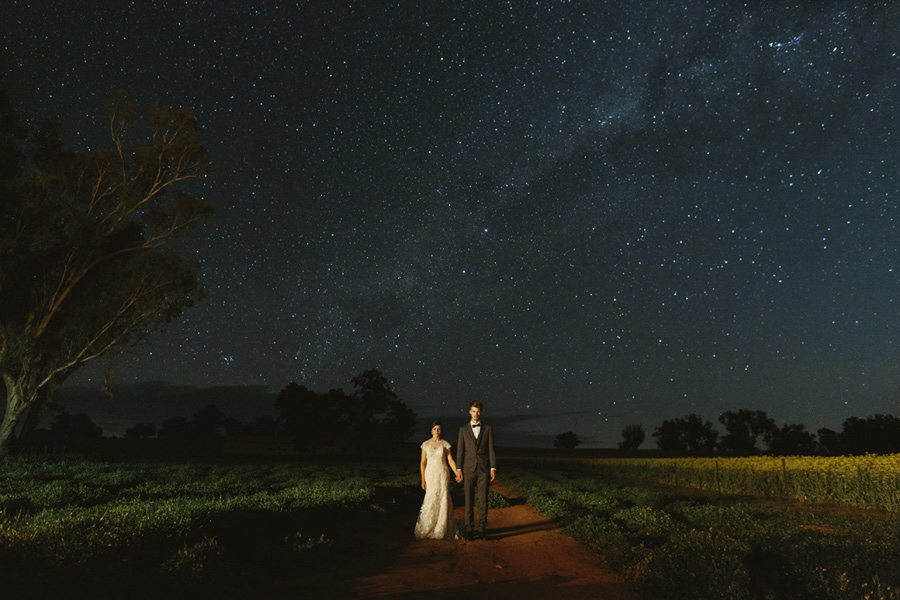 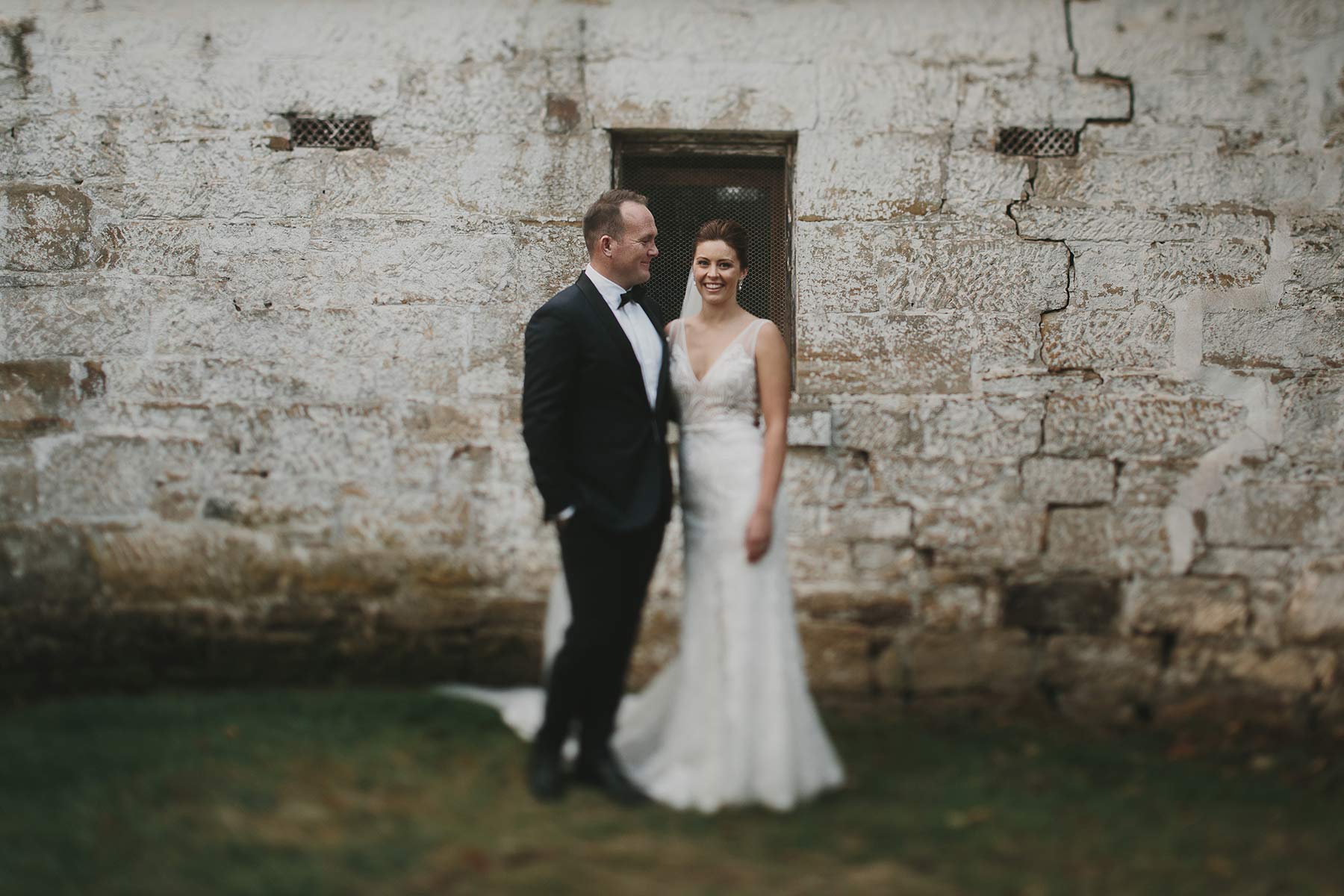